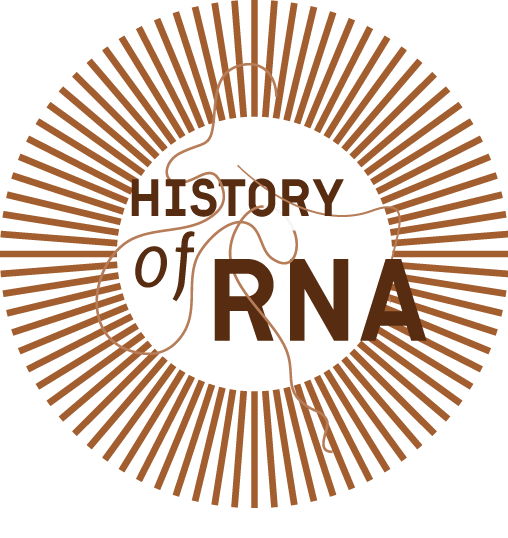 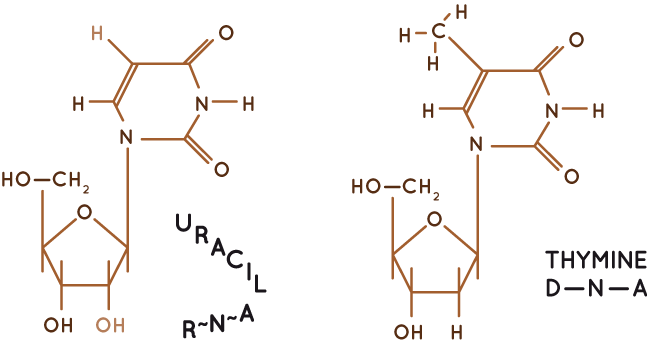 ↗ RNA distinguishes itself from DNA by its sensitivity towards alkaline caused by an additional OH-group on the ribose.

↗ Detailed chemical analyses revealed that RNA shares three bases with DNA: adenine, cytosine and guanine. In contrast, uracil is unique to RNA whereas thymine is generally present in DNA.

↗ The RNA building blocks ATP and GTP were proposed to be the cell’s general energy source: life’s engine. 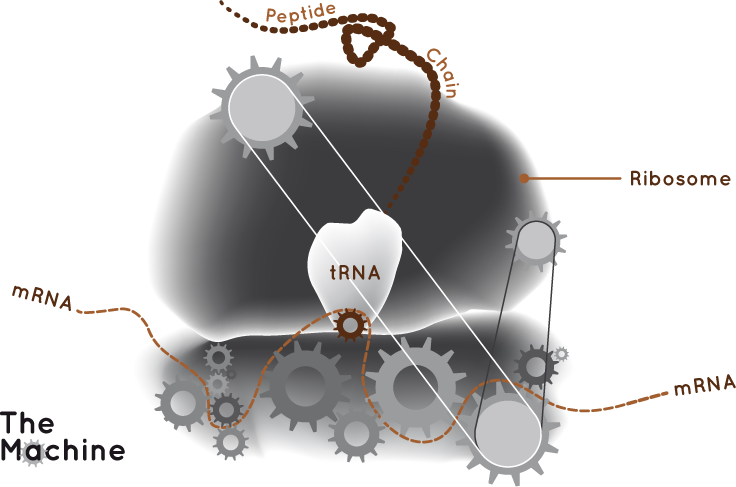 ↗ Three different species of RNA were identified as translating the genetic information (DNA) into proteins:
• messenger RNA (mRNA) as the carrier of genetic information,
• transfer RNA (tRNA) acting as the physical link between mRNA and protein, and
• ribosomal RNA (rRNA) present in ribosomes, the protein factories.

↗ RNA polymerase, the enzyme synthesizing RNA from a DNA template, was purified. 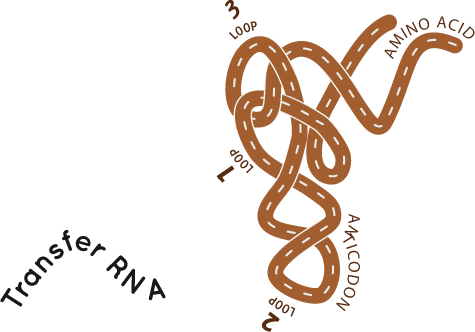 ↗ Transfer RNA (tRNA) was analyzed:
• tRNAs were sequenced as the first long RNAs.
• The secondary structure of tRNA was predicted by evolutionary comparisons (“tRNA cloverleaf”).
• The tRNA 3d structure was solved by X-ray crystallography (L-shape).

↗ mRNAs were isolated and the addition of non-encoded nucleotides to RNAs (cap, polyA, CCA) was determined.

↗ Introns interrupt genes and have to be removed from RNA transcripts by splicing.

↗ Small RNA-protein complexes are highly abundant in the nucleus and they are essential for pre-mRNA splicing.

↗ The comparison of ribosomal RNA sequences of many organisms provide insight into the evolutionary history of all kingdoms.

›RNA as an enzyme‹ 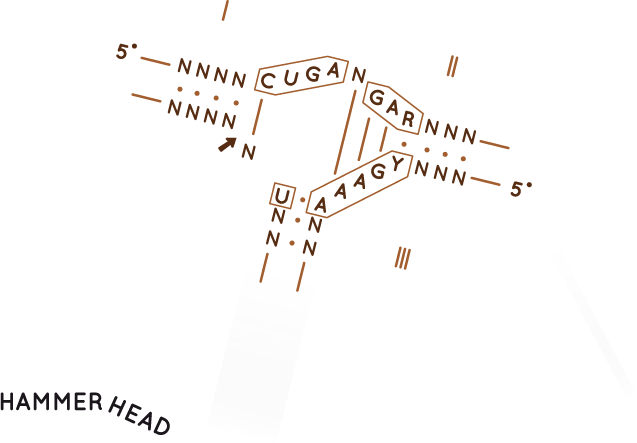 ↗ RNA by itself is catalytically active: group I, group II introns, RNase P, and hammerhead.

↗ RNA as mobile genetic elements: excised introns can reinsert into the genome.

↗ RNA as a catalytic enzyme and as a genetic element led to the “RNA world hypothesis.”

›RNA editing and in vitro evolution‹ 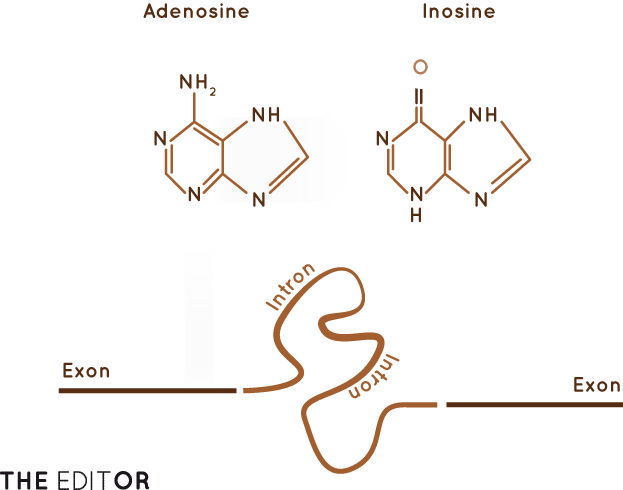 ↗ RNAs can be edited and modified in many different ways within cells.

↗ In vitro selection of RNA molecules (SELEX) allows for the evolution of functional RNA in the test tube. 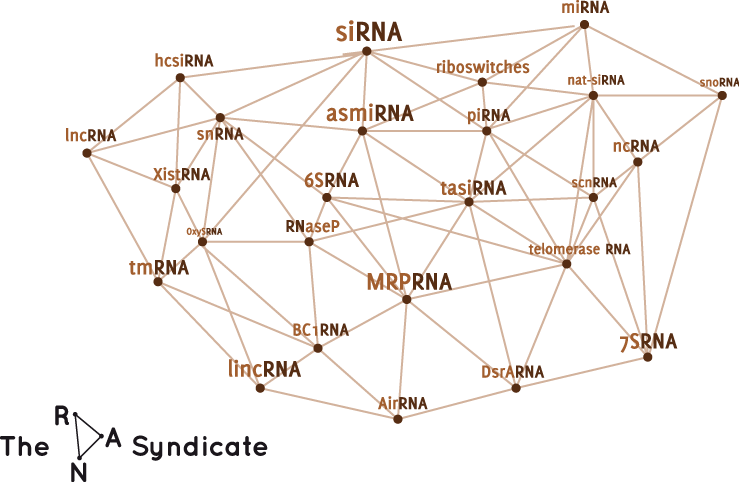 ↗ Transcriptomics: most of the genome is transcribed at some point in time and space.

↗ Many mobile DNA elements use an RNA intermediate.