Andrea Barta, Coordinator of the Doctoral Program in RNA Biology, is awarded one of the highest honours of the Province of Vienna:

The Golden Badge was presented to Andrea Barta in the award ceremony on 7th September 2016 in Vienna’s city hall. 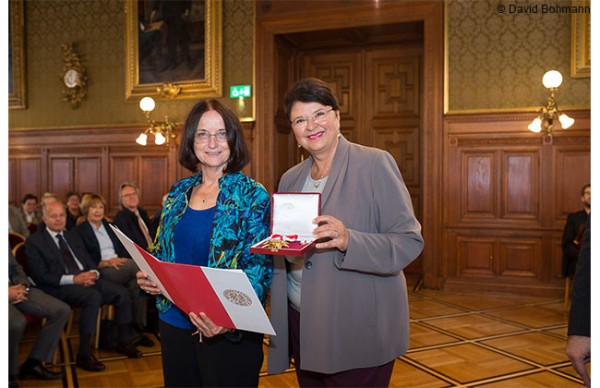