The biggest network event of the Viennese RNA community is the annual RNA Retreat – usually a combined event of the two Vienna-based RNA programmes: the SFB RNA REG and the DK RNA Biology.

The idea had already been in the air for long; finally early 2019 it was accomplished: The RNA Retreat 2019 was a joint meeting of our Vienna RNA Biology Network together with the Swiss RNA Network NCCR RNA & Disease:

The Austrian Swiss RNA Meeting was organized by these two networks together from 30 January to 3 February 2019 in the beautiful area of Fuschlsee near Salzburg, bringing together over 200 scientists from more than 60 Swiss and Viennese groups. Five days of intensive scientific interactions including excellent presentations stimulated scientific exchange and encouraged initiating and fostering collaborations between established and junior scientists. 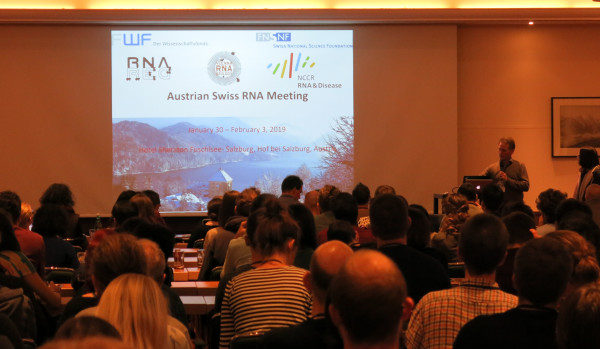 Opening of the Meeting by Michael Jantsch & Andrea Barta 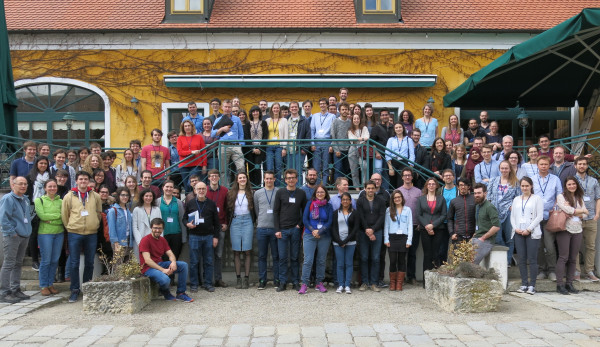 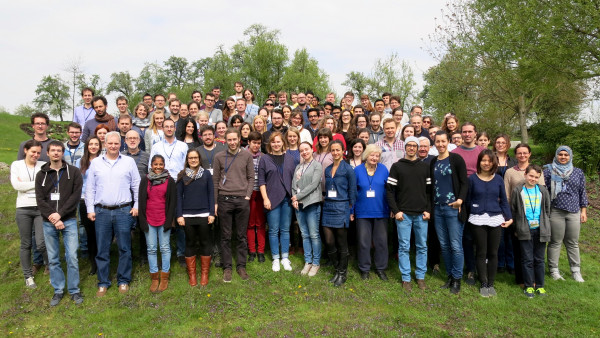 The Viennese RNA community for 2,5 days in Kothmühle, Neuhofen an der Ybbs.

This year the participant number made the record of 108! For the external feedback & input from experts outside of the Viennese network, Peter Lukavsky, Liam Keegan, Mary O’Connell, David Ish-Horowicz and Witold Filipowicz were invited.

We definitely noticed the grown RNA community after the evaluation and extension of the SFB programme RNA Regulation of the Transcriptome (which is now lead by Michael Jantsch): 105 participants in total! To receive additional input on our scientific advances – an “outside view” – we invited Witold Filipowicz, Knud Nierhaus, Mary O’Connell, Norbert Polacek, Petr Svoboda, and Stepanka Vanacova.

It was a very interesting RNA Retreat with a fantastic mix of the various topics our RNA Community covers! 2 poster sessions, a faculty meeting, and the Q & A Session for our PhD students mixed up the seminar routine a little (and will keep the programme manager busy for while).

Great 2,5 days of “living the RNA Community”. We used one of those days to focus on the evaluation and application of the SFB programme RNA Regulation of the Transcriptome. And to add something new and spice up poster sessions, we tried Poster Teaser Talks – prior to the actual poster sessions: That’s a keeper! Also everybody was happy with our first time location Hotel Althof in Retz.

Once a year we organize our annual retreat where all the students and faculty of the DK RNA Biology and the members of the SFB RNA Reg take part. All the DK students and SFB postdocs present their projects and results – but the focus of this event is to discuss and challenge the scientific research topics. To get some outside perspectives we also invited guest speakers. Javier Caceres, Richard Steffl, Walter Rossmanith, Luisa Cochella, and Kristin Tessmar-Raible gave interesting talks and good input in various discussions.